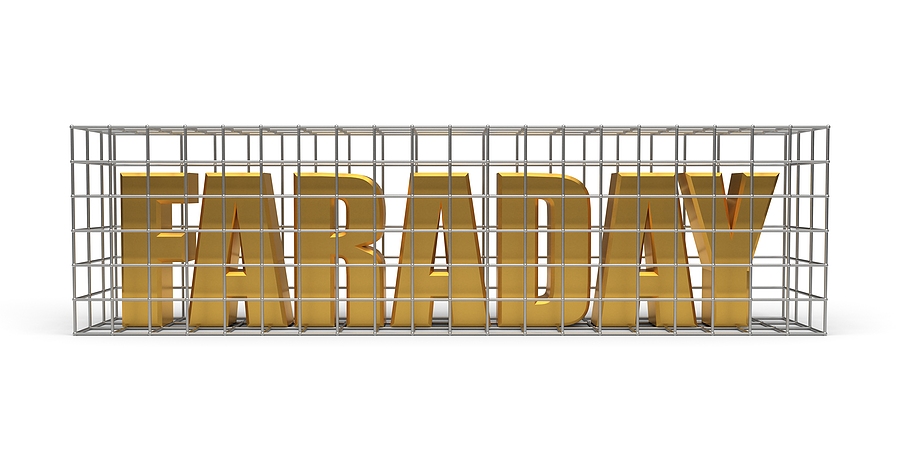 A Faraday cage, or Faraday shield, is any container that blocks electromagnetic waves. They exist in many forms. You probably use one daily in the form of your phone, car or microwave oven.

Faraday cages are used to protect people or property.  For example, protecting airplane passengers from the electrical charge of a lightning strike or protecting delicate computer components from radio frequency interference (RFI).

Faraday shields work by passing the electric current around the outside of the enclosure or container, preventing it from entering. Most Faraday cages are grounded so that the electrical current is discharged harmlessly into the ground.

Any Faraday cage which is not permanently grounded, such as an aircraft, will either use a proprietary discharge system or will discharge when temporarily grounded.

Faraday cages work in both directions, so electromagnetic signals, including radio frequency interference, are blocked from leaving the container as well as entering it.

Some appliances make use of this to their advantage. For example, a microwave oven is designed to keep the radiation inside the body of the appliance to heat food.

Faraday shields and cages are named for scientist Michael Faraday (1791- 1867) whose work as a chemist and physicist produced many important advancements in scientific study, and electromagnetism in particular. 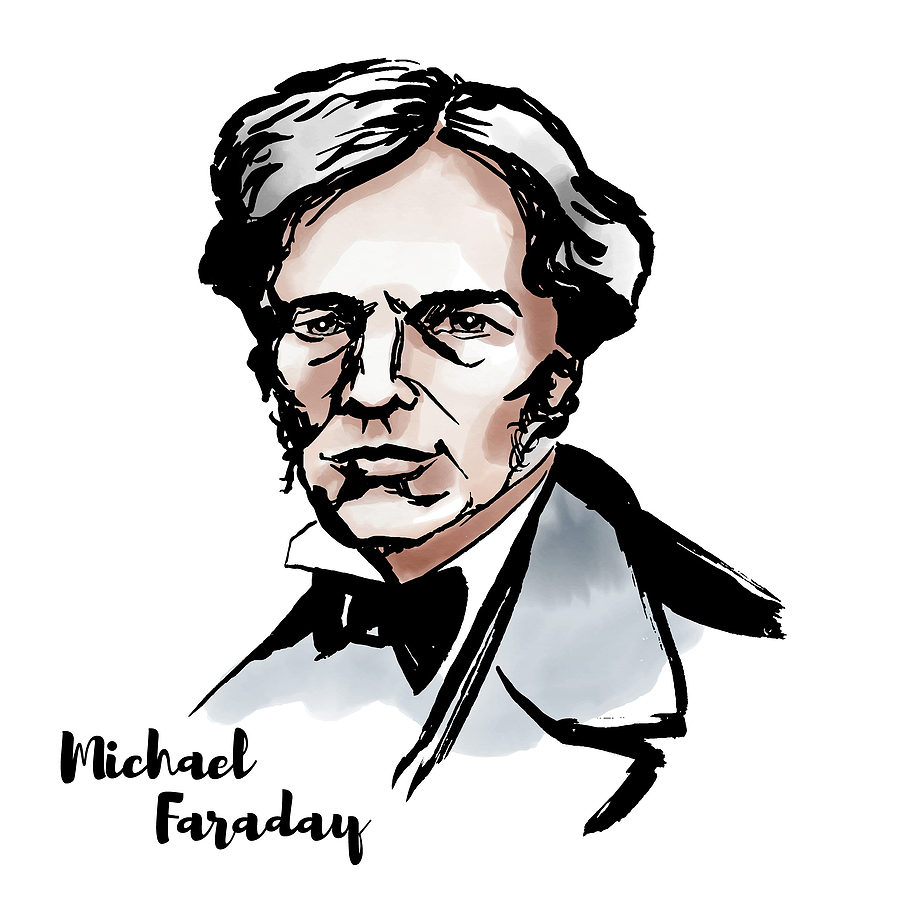 Michael Faraday. English scientist who contributed to the study of Electromagnetism and Electrochemistry.

Faraday observed that the excess charge on a charged conductor remained on the outside of this type of container and had no influence on the interior, or even on the items within it.

This was similar to an observation made by Benjamin Franklin almost a century earlier, but Franklin admitted that he could not discover the reason for this strange phenomenon.

Michael Faraday developed the observation and began a series of experiments to understand the science behind it, beginning with his famous ice pail experiment.

Faraday used a metal pail on a non-conducting base (such as a wooden stool) together with a metal ball which he suspended into the top of the pail to show the effects of electrostatic induction on a conducting container. He then built an electrostatic shield by lining an entire room with metal foil.

Even when high-voltage electric discharges were generated outside the room, the electroscope within the shielded room indicated that there was no electrical charge within the room. He had created the first purpose-built Faraday cage. 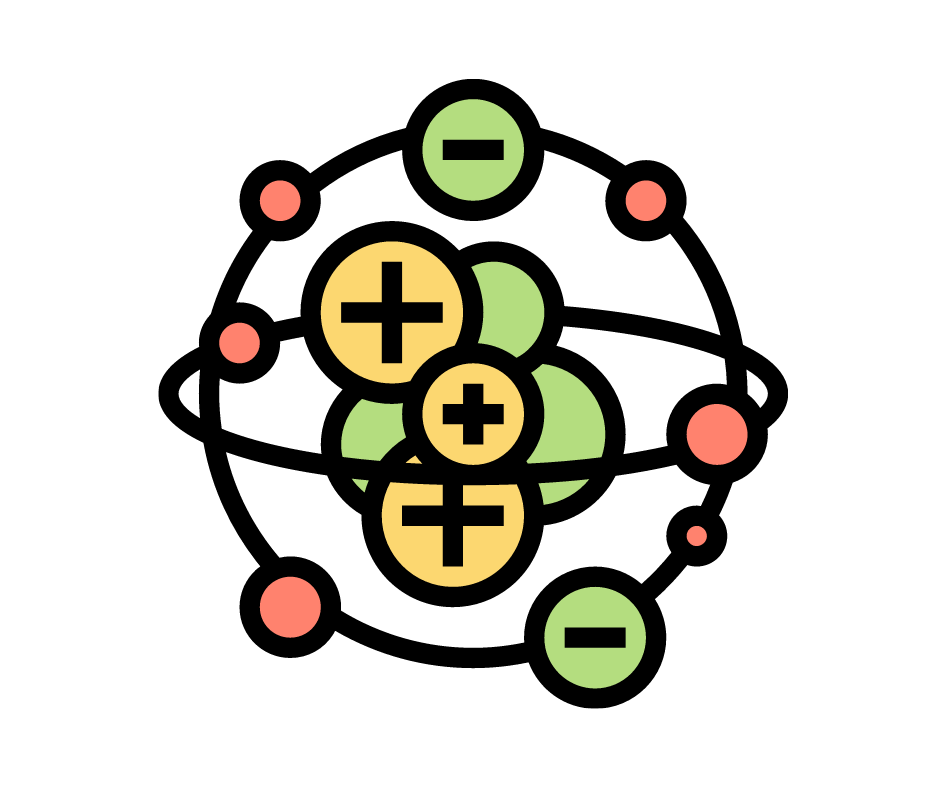 Atoms consist of positively charged protons in the nucleus and negatively charged electrons freely moving around the nucleus. When these are balanced, they are neutral, which is the status they will try to maintain. 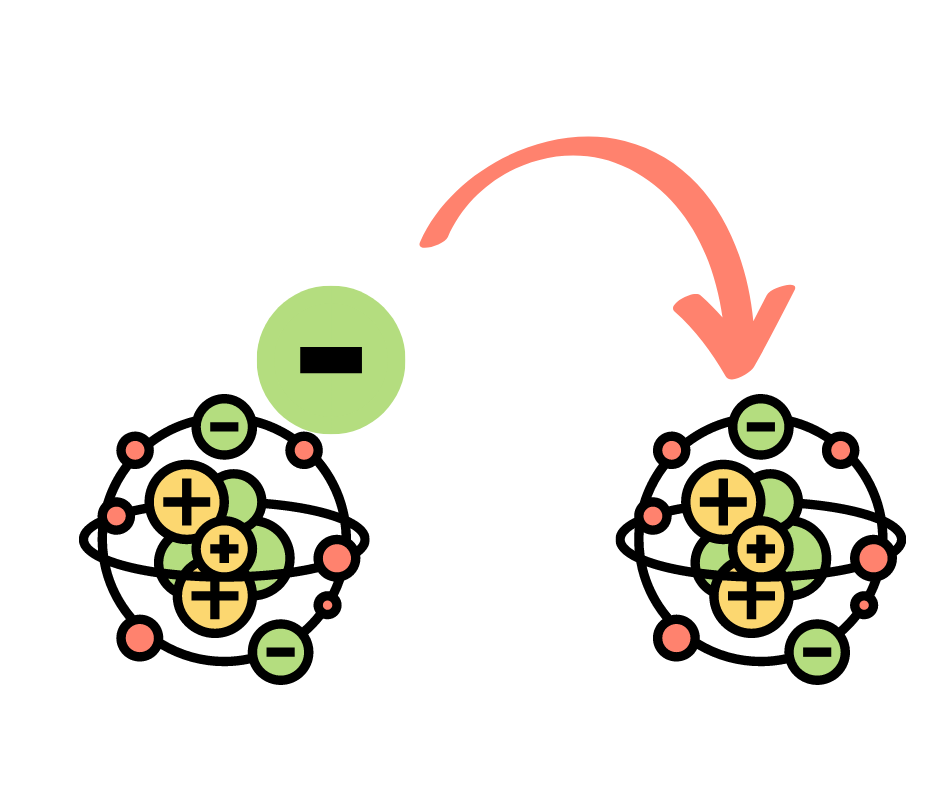 Electricity works by exploiting this tendency towards neutrality: introducing electrons will cause the atoms to discharge electrons to maintain balance, creating an electric current.

A Faraday cage conducts the electricity around the outside of the cage and discharges the excess electrons into the ground, shielding whatever is inside the cage. 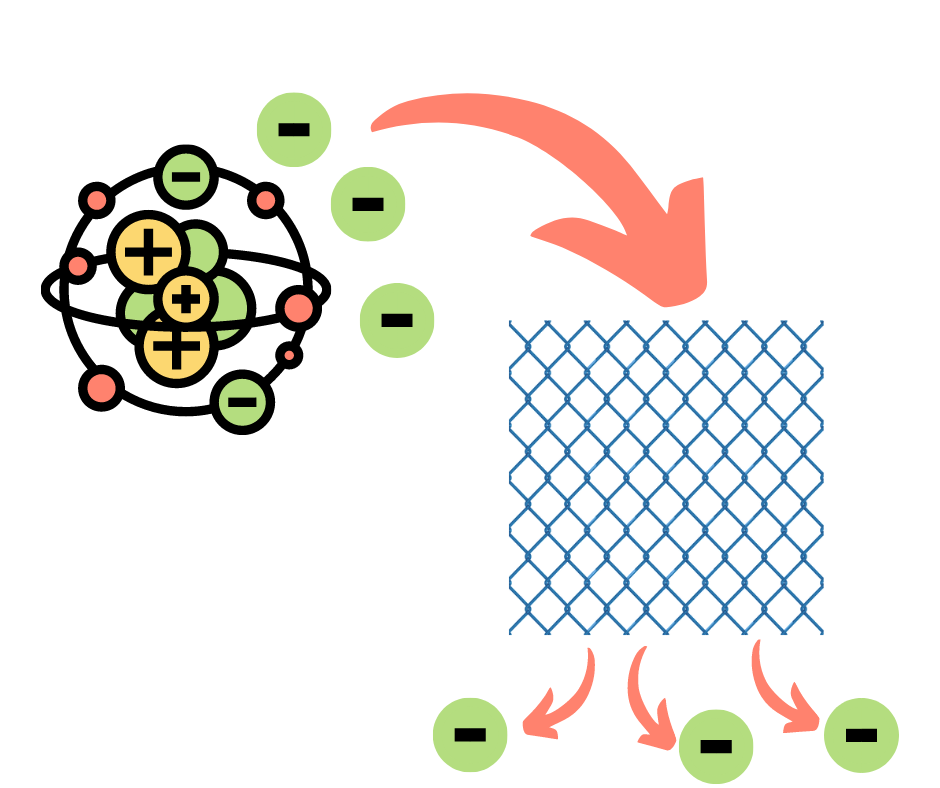 Understanding how electrons move over the surface of the container helps to explain how a Faraday cage protects against electrical current and, in turn, how they are used to block electromagnetic waves such as cell phone signals.

Cell phones use radio frequency waves to transmit a signal and data. These waves are created using electromagnetism, consisting of two elements, electricity and magnetism.

Put simply, a Faraday cage neutralizes the electrical element of the electromagnetic wave which then disables the magnetic element, effectively stopping the wave altogether.

The Anatomy of a Faraday Shield

In practice, the effect of a Faraday cage is more complicated and that can be attributed to the way Faraday shields are designed.

Imagine you step into an elevator with a friend, both of you speaking on your cell phones. While your friend can continue his call during the elevator ride, yours disconnects immediately and you lose all cellular reception. How is it possible for one phone to remain connected and the other to cut off completely?

This can be attributed to the way most Faraday cages are created. Most RFI shields are built using a mesh or “cage” (the use of the term “cage” is not a coincidence), although some use solid material. The density of the mesh will change the action of the shield.

Cell phone signals range from 450 MHZ to 2700 MHz resulting in quite a broad variation in wave size. A Faraday cage will only keep out signals which are larger than the size of the mesh, just as a sieve will only hold particles that are smaller than the holes of the sieve. 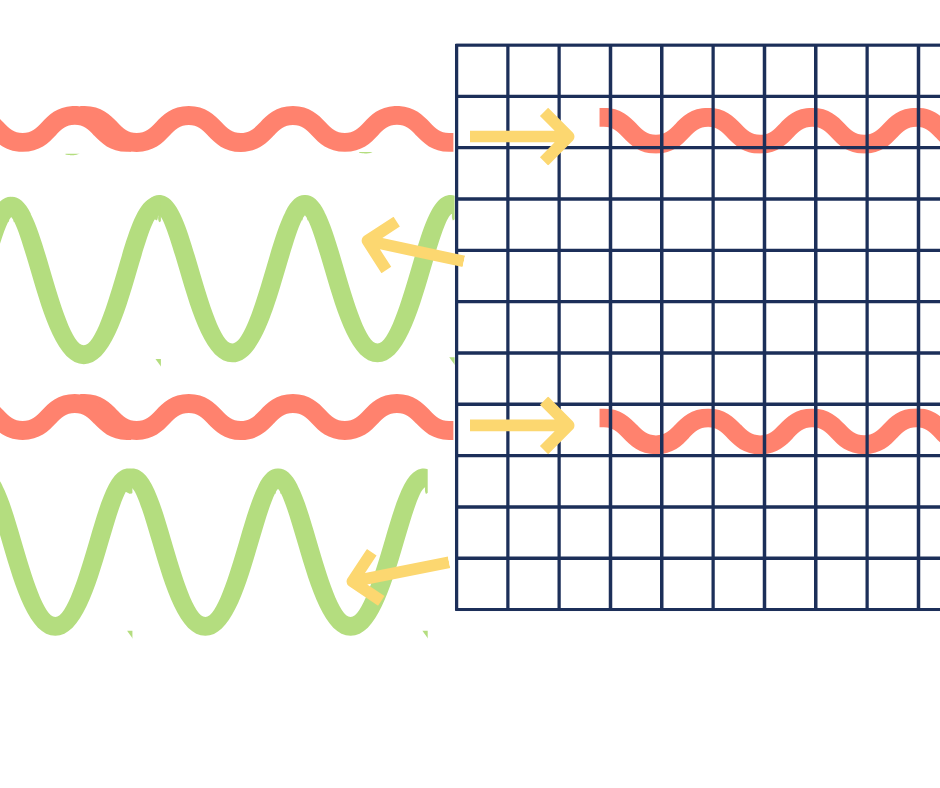 The effectiveness of the Faraday shield does not only depend on the tightness of the mesh. Several other factors come into play, including the conductivity of the material used to make the cage, the geometry of the mesh or structure, and the size needed.

You may have come across the much-ridiculed idea of wearing a tin foil helmet for personal radiation protection. While an aluminum cap or helmet won’t actually protect anyone, the idea originated from the concept of a Faraday cage: you would be protected if you were entirely encased within a Faraday-type cage.

Although expensive, such suits are used by some linemen, usually those working on the higher voltage lines where the usual rubber PPE would be inadequate to protect against electrocution.

Engineers are working to create more affordable fabric versions of RF shields and even liquid versions which can be used to coat computer and mobile device components more easily.

These technologies are, however, still in their infancy, and the thickness of the material used to build a Faraday cage is still an important factor in ensuring overall RF and EM protection.

Faraday cages are used throughout the world in many different variations, performing the important task of keeping electromagnetic waves from interfering with the performance of devices in every field. 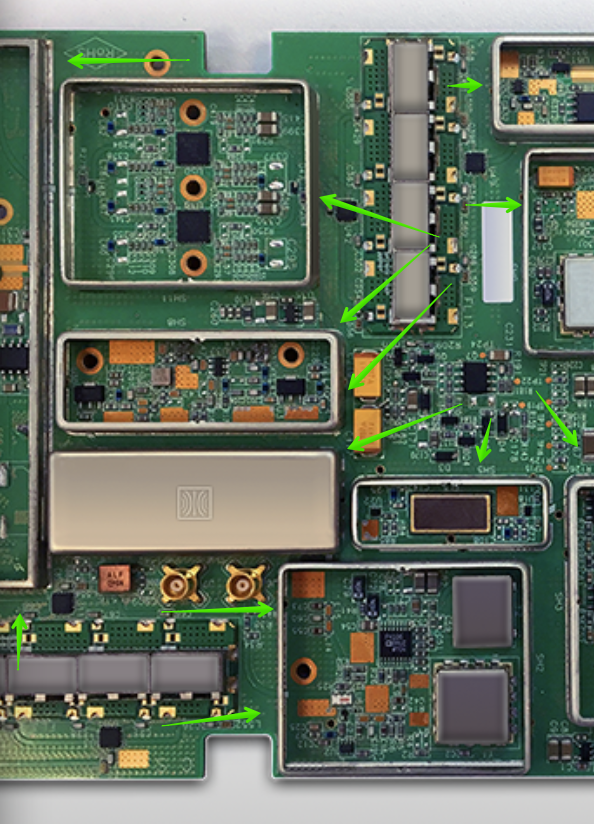 In some cases, the properties of a Faraday cage are a secondary effect, rather than the original purpose of the structure.

For example, the fuselage of an aircraft: if the body of the aircraft was not already enclosed, it would be necessary to include a separate framework for lightning protection. However, the main structure does the job. The same is true for cars, which safely protect passengers from lightning strikes.

In other cases, a Faraday cage is necessary specifically to protect apparatus, such as in an MRI room. MRI machines use magnetic fields to generate important data, but the machines themselves are sensitive to external magnetic signals and must be isolated to achieve accurate measurements. Therefore, a Faraday cage mesh is used within the structure of the room to protect the machinery and the resulting data.

Many cables make use of Faraday cage technology to protect the delicate copper wires and ensure optimal performance. A protective layer often made out of woven conductive metal strands lines the inside of the plastic cable casing, keeping any electric current or radio signal away from the conducting wires.

There are some sinister uses for Faraday cages too, the most commonly-used being the “booster bag”. This is a shopping bag lined with aluminum or other foil which many shoplifters use to block the signal from the stolen item’s security tag, allowing the shoplifter to get through the doors without setting off an alarm.

Faraday cages are an essential part of life-and-death technology for the medical industry. As mentioned above, EMI/RF shielding is used when preparing an MRI room. The same is true for other diagnostic equipment and treatment devices, where the sensitive measurements and delicate components make them vulnerable to interference. With adequate RF protection, these appliances can reliably perform their life-saving tasks.

Because of the importance and sensitivity of medical devices, this industry requires the most durable, impenetrable RF shields available. They tend to use nickel-silver, which is longer-lasting than other common materials. Other techniques, such as the drawn seamless manufacturing, also contribute to more smoothly-planed shields that prevent inaccuracies and malfunctions.

The body of an airplane forms a natural Faraday cage but electromagnetic shields are still critical within any aircraft. Almost every passenger who boards an aircraft brings multiple electronic devices with them and expects to be able to use them during the flight. This causes a challenge for engineers who need to protect delicate aviation instruments, and this problem is exacerbated by the growing complexity of onboard systems.

Faraday cages, in the form of hermetically-sealed RF shielding, protect critical environmental, safety, navigation, and communication systems from interference from outside devices as well as from each other.

Faraday cage design is a critical part of the modern communications industry. Interconnectivity and communication have become the theme of modern life, and over the past decade, we have seen the advent of the IoT, the Internet of Things, as well as the ubiquity of mobile devices.

Add to this the increasing use of AI, necessitating even more telecommunication devices.  As technology becomes incorporated into every aspect of our lives, product designers need to plan for more and more interference, while keeping costs down.

RF shields for these devices are often designed to be compatible with Surface Mount Technology (SMT), allowing them to easily be integrated into the mass production process.

Because sensitivity is rarely critical and consumer devices can be replaced often, telecom RF shields are often made from less expensive materials, such as tin-steel.

Traditionally, car bodies were built from metallic parts, thus automatically creating a Faraday cage. Modern manufacturing constraints have led to more companies introducing non-metal parts to the body of cars to lower both manufacturing and fuel costs, which results in forgoing the Faraday cage.

This makes it necessary to incorporate RF shields within the vehicle’s electronic system to protect the delicate instruments, ensuring that the car can still be driven safely.

As in the medical and aerospace industries, RF shields for vehicle systems must be particularly high-performing. Nickel-silver and drawn seamless production methods are particularly important since RF shields inside vehicles are exposed to a range of temperatures, movements, and impacts.

The use of Faraday cages and RF shielding is vital to both safety and profit in almost every industry. Heavy industry and manufacturing have become more dependent on electronic components and connectivity, resulting in more complex systems than ever before.

Downtime is costly, and many systems involve critical infrastructure so problems must be dealt with quickly and effectively.

Many EMI and RFI shields are available in a wide variety of dimensions, including both one-piece and two-piece shields. This allows for an easier design process, efficient repairs, and high performance at any stage, for any industry.

So, which shield is right for you?